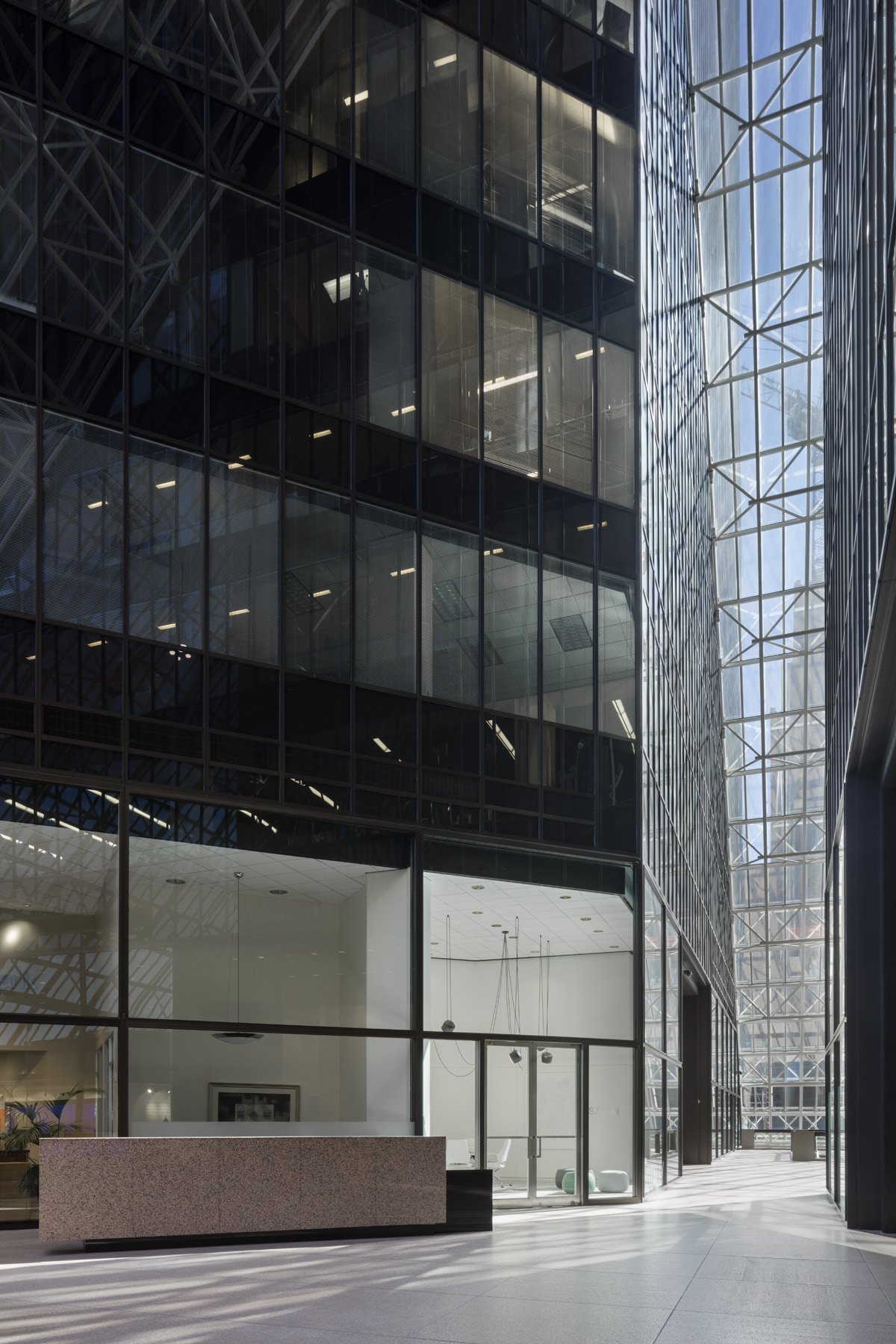 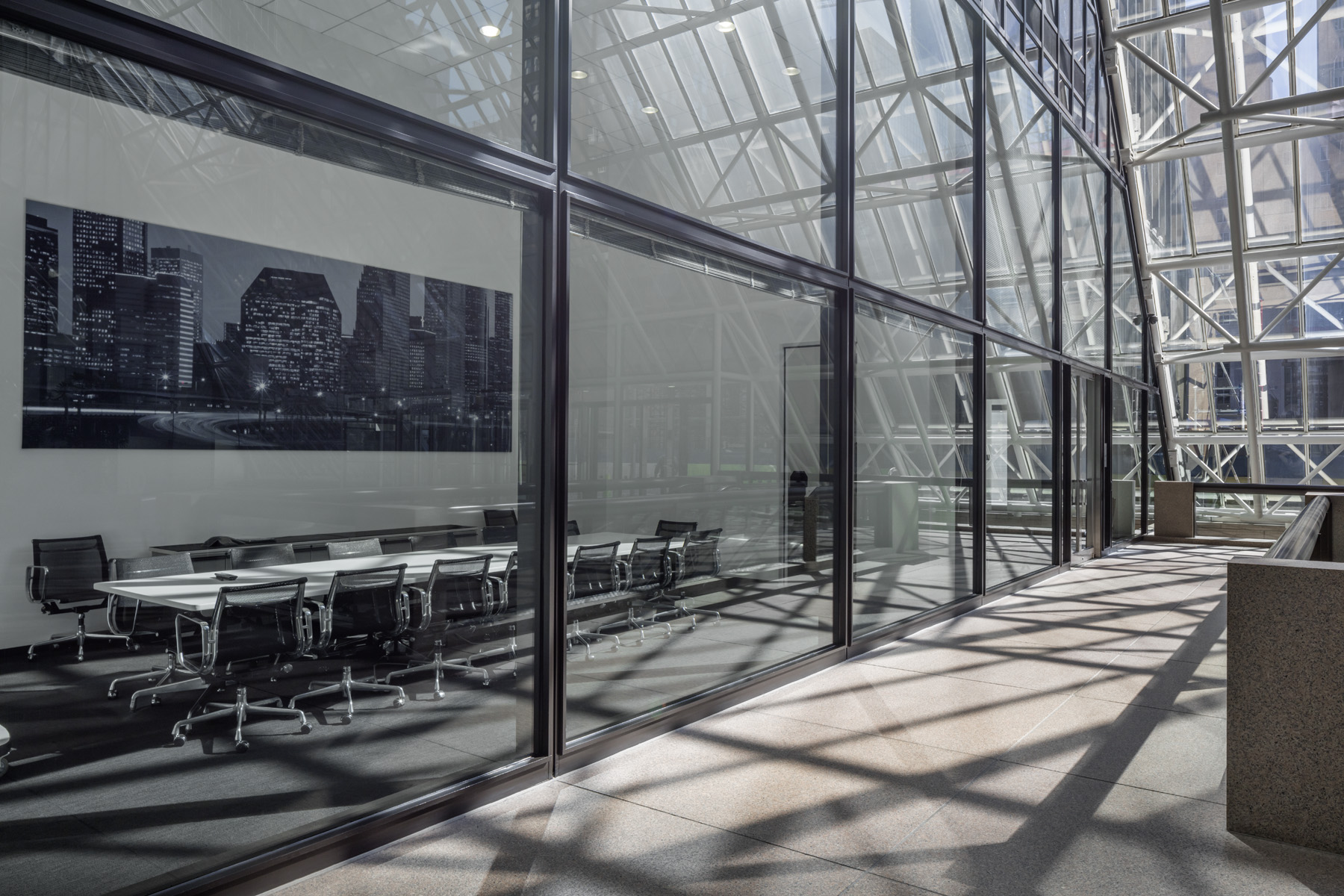 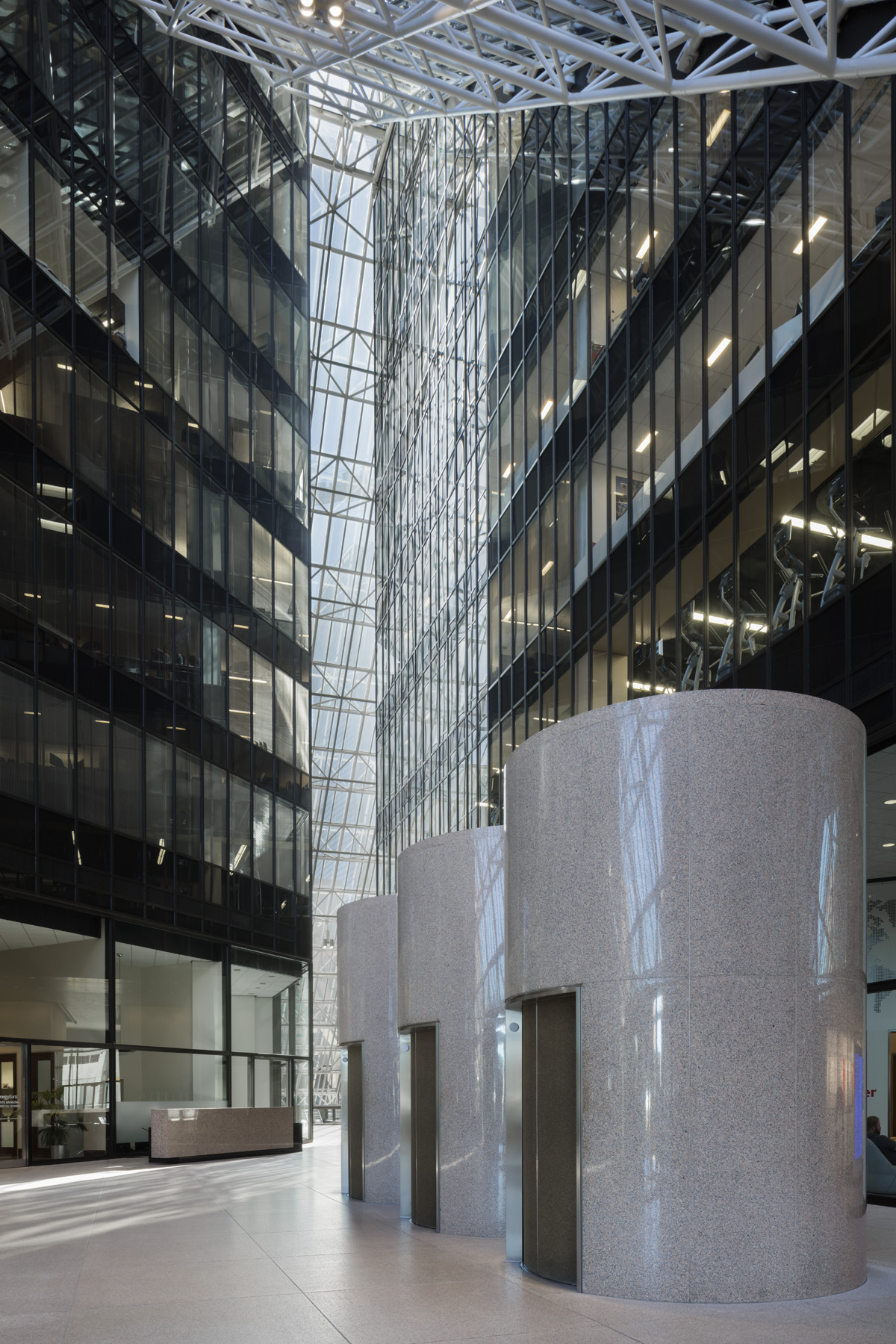 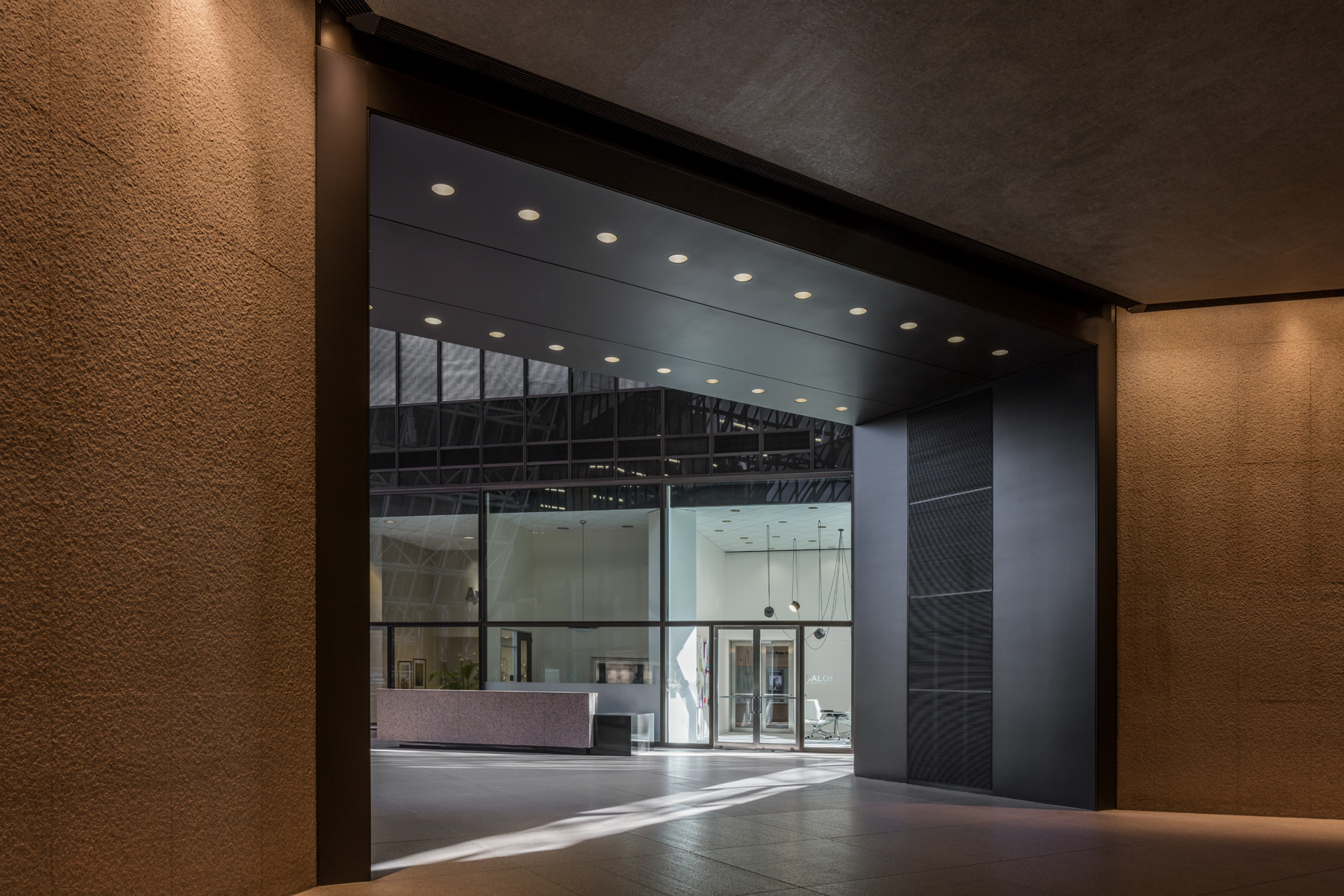 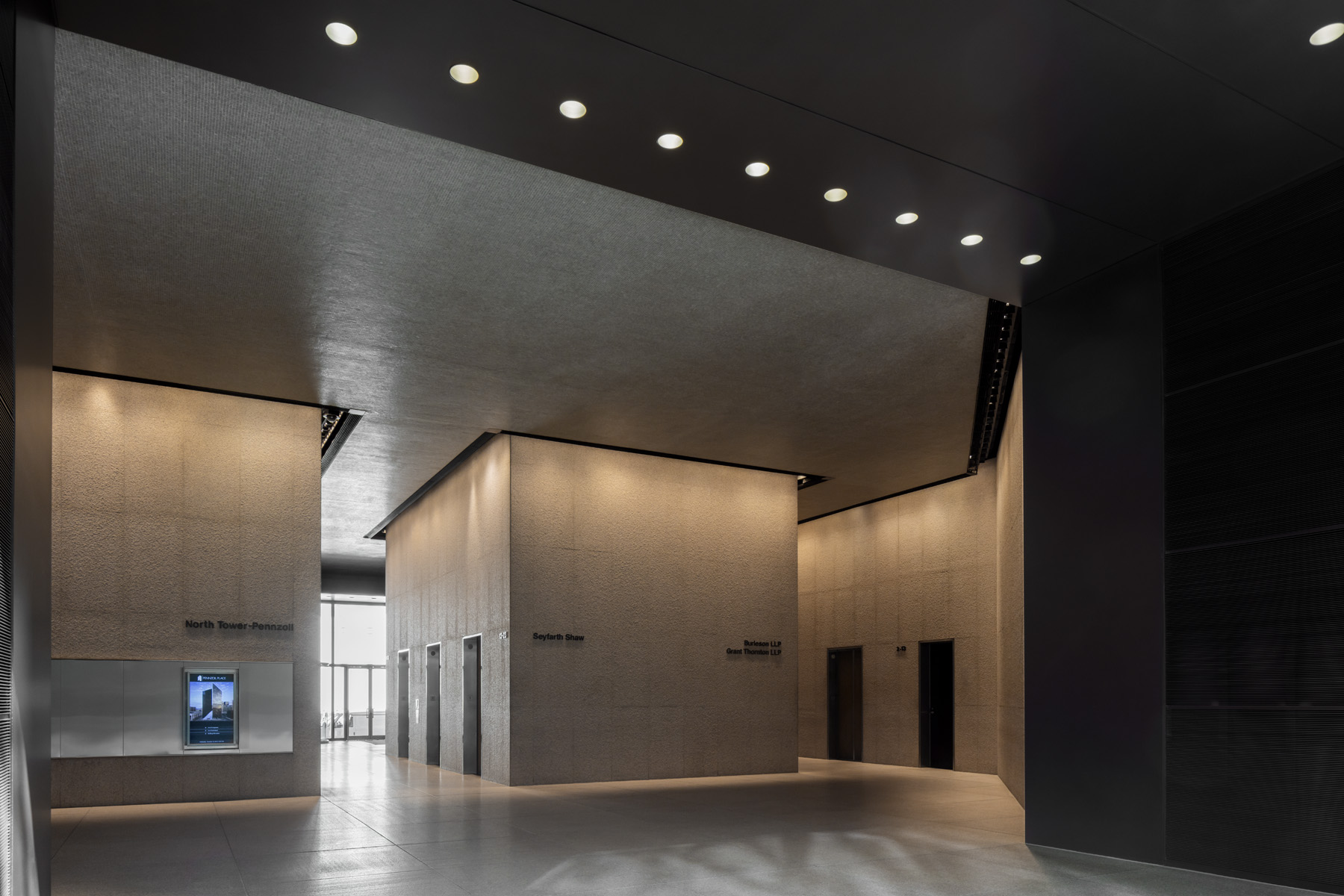 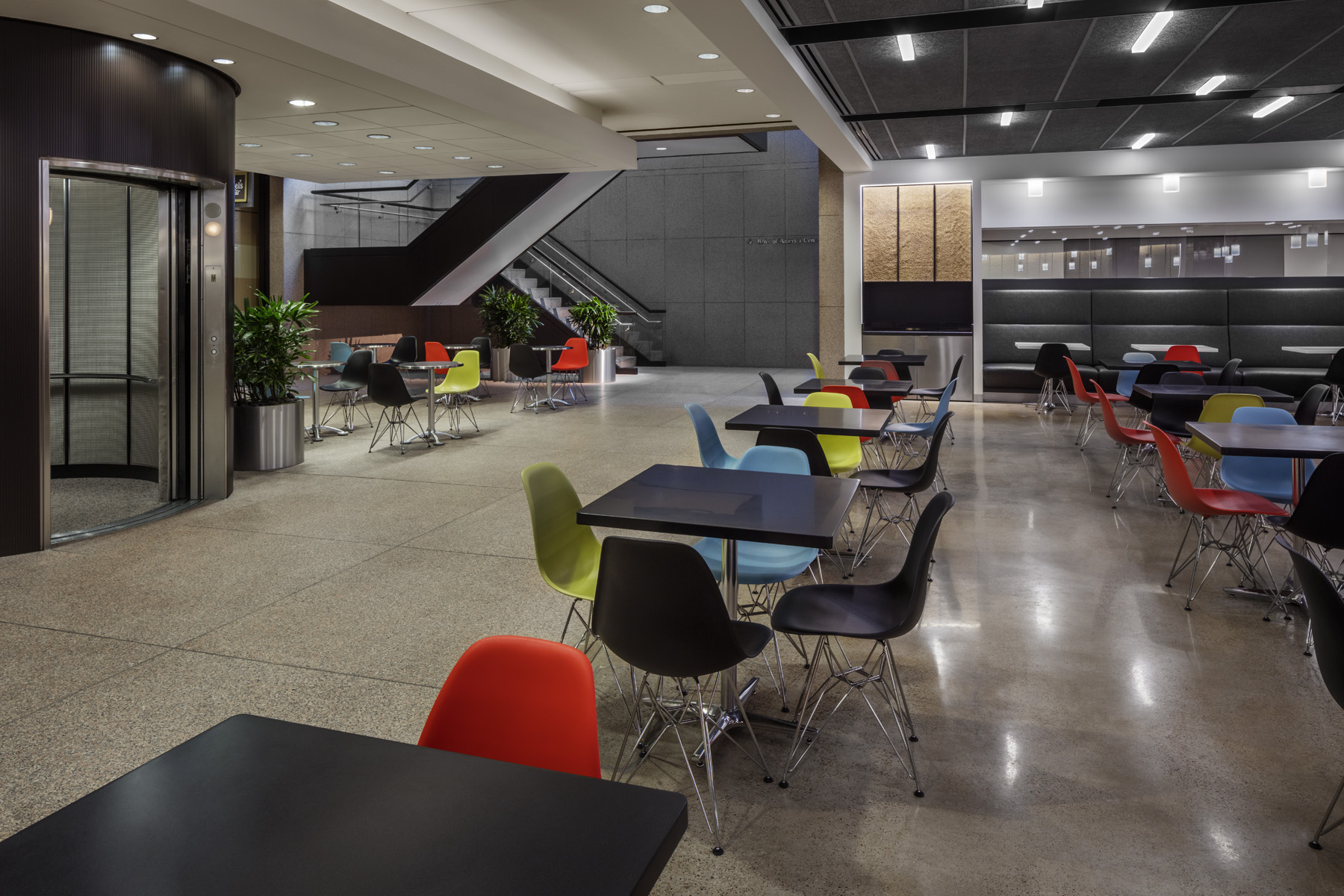 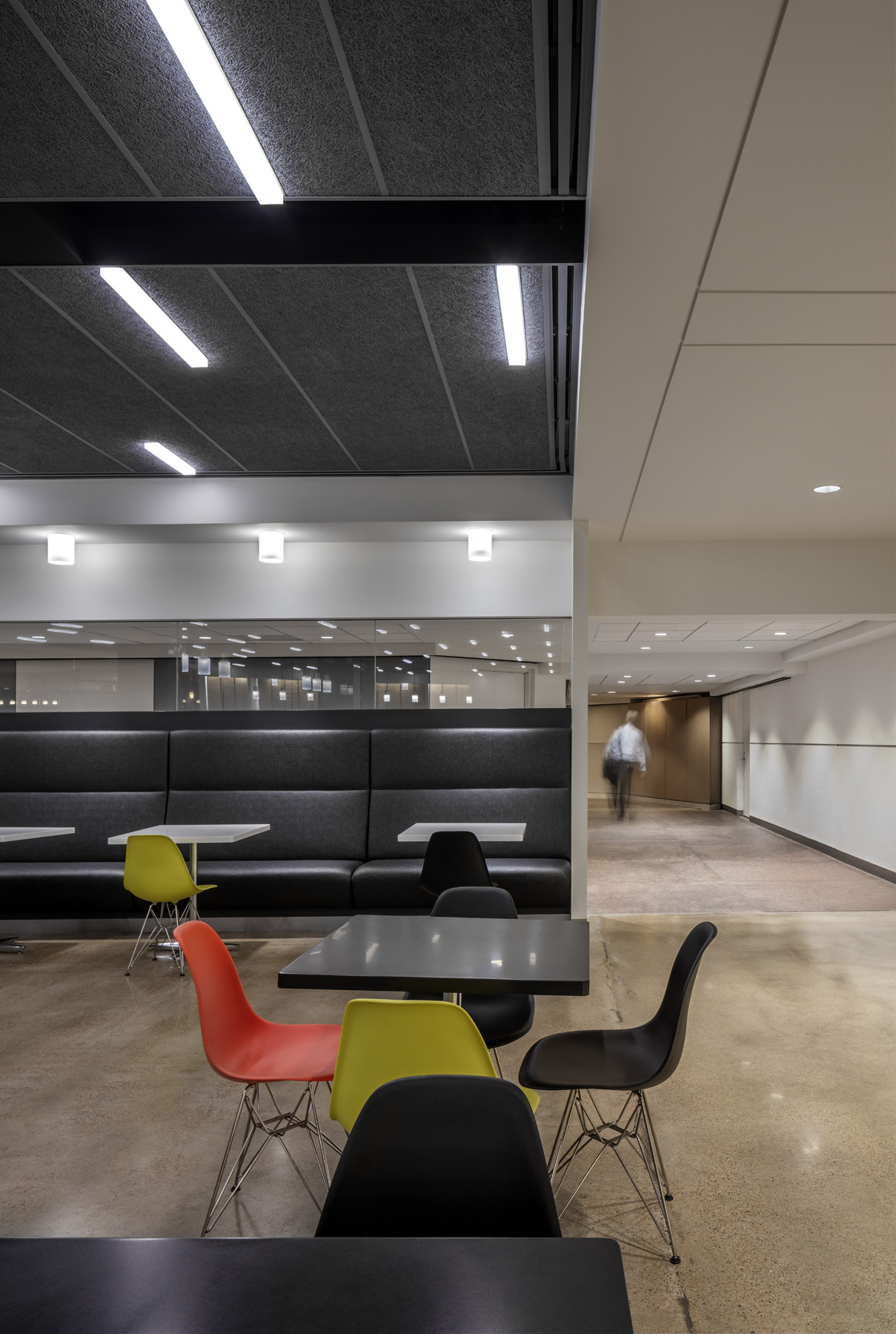 In 2009, KHA began working with the owners of Pennzoil Place on a series of updates and renovations to the iconic Philip Johnson/John Burgee building.

KHA designed new property management offices in the lobby retail space, a new security desk, new building directories, refreshed lighting in the lobbies, and updated elevator cabs. This elevator cab project took many years as the vision was to have a luminescent ceiling, which was technically impossible at the time. Eventually, after many mock-ups and material development, the ceilings were installed in 2014. KHA went on to redesign retail tenant spaces in the mall level adjacent to the existing Pennzoil Tunnel, as well as a new 5,000 SF food court, with an additional 280 seats, public restrooms and new retail tenant space. KHA’s longtime client Treebeards moved into the new food court.

KHA Interiors was also asked to provide similar design work and architectural services for two other towers under the same ownership: One Liberty in Philadelphia and 901 Main in Dallas.